Where is the craziest location you've been at - home or work doesn't matter?

I thought to myself this morning,  we've had best spots, why not have the craziest location?

Me - I'm boring.   I've never left the US in spite of the passport I had that 2 different works paid for.

So I stated within the states.   I guess the craziest was in CA when I visited the Almo.  (We were in CA for a training course - I can't remember which one)  My co-worker tried to get me into the solitary confinement chamber.   That was not going to happen.  I could just imagine getting locked up in there.

One of my favorite things to do is people watch.   And it was an interesting bunch from some that looked to be 100+.  They did not climb all the way up.   Some that were 4.  Some that were around 10 and dragging their parent(s) up as fast as they could go.   We eventually broke away from the tour and wondered around - some area's were closed off.

Craziest location - how about being on a plane with "famous" people?  My first flight to New York City many moons ago had Connie Chung and Maury Povich.  And on another flight from DC to NYC the great Susan Lucci was on my flight.   Former Clinton press secretary Mike McCurry was on another flight to NYC.

Then on a flight from San Francisco to DC I sat next to former Supreme Court Justice Anthony Kennedy, who kindly offered to help with my bags!

Another flight from Chicago to DC I sat across from Newt Gingrich.  Everyone on the plane stopped to shake his hand and call him "Mr. Speaker".

On a flight from DC to Chicago, I saw Gloria Loring, who famously sang the "Facts of Life" song.  She's also the mother of Robin Thicke.

On my many flights to DC and Kansas City, I've seen the Missouri Governor, Missouri Senators, a former Kansas Senator (who shall remain nameless as he couldn't operate his iPad).

So the plane would be my "craziest" place.

Not sure what is more impressive the fact it happened or the fact you recognised all of those people ! Not sure I would recognise senators and all that.

I live in a suburb of DC, so recognizing politicians is easy 🙂

The craziest place I've ever been was Tokyo/Yokohama. Each city part has it's veery own flavor. Asakusa with it's temples vs. Ropongi hills with it's sky scrapers and modern colors. They have an Eiffel tower christmas edition!!! Has the size of the original, but glows colorful all over. You take a high speed elevator in a sky scraper nearby and can watch the tower from above.

Edit: Housing is incredible expensive but day to day necessities are very affordable. There are beverage vending machines all over the place. You can get something hot in winter and something cold in summer. Always just a few hundred meters away. The set of beverages is different per machine. This invites to take different routes just to try the different beverages.

Their railway system is top notch. The trains reach their destinations within the intended second and the doors open right at their desired spot. New guests line up at marked spots. The doors open and the people leaving have enough space to leave the train within seconds prior to the new passengers enter. Each line and station has an unique melody. So the commuters know per sound when to leave.

There was much more. It's over 15 years ago and my memory faded a little...

Well that sounds cool.   I would love to see the lights on the Eiffel tower.  I had never heard of it - so here are some links for the curious.

Also veery convenient for us foreigners: Most signs have english texts.

And they work very often with pictograms and visualization.

If you come up a restaurant the very often have wax models of their meals. If You have trouble expressing your wish, you can take the waiter out to the models and point on the desired meal. And you always get at least one free drink. Mostly water. Sometimes even tea. It's a very very guest friendly place to be.

I also want to mention my last day in South Africa, in the safari house.  I woke up, wanting to see the beautiful African sun rise, but I was surprised by this creature in the sink:

a bush baby in South Africa

I thought it was a squirrel.

I screamed, of course, but my room mate is like "what's wrong with you, it's just a bush baby".  My room mate placed a towel from the sink to the window so the bush baby could get back outside.  I was told a bush baby is a type of monkey.  Big eyes....another horror (for me)?  @jerryjanda

I would have had no idea what that was!   How cool. 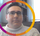 I get it. Those big eyes are a weird balance of cute and creepy: https://en.wikipedia.org/wiki/Galago