SAP Community Groups Community
HelpSign In
Turn on suggestions
Auto-suggest helps you quickly narrow down your search results by suggesting possible matches as you type.
Showing results for
Search instead for
Did you mean:

"No More Excuses!" Why Women Need to Change Their Career Approach

Opinion piece by Chritstine Regitz, Head of Women in Tech at SAP

Women should complain less. Instead of founding the thousandth new network because the 999 existing ones don't fit due to a tiny programmatic alteration, they should start taking their energy to the streets for a change. Yes, I'm polemicizing and exaggerating, of course. But this nitty gritty is annoying because so much power is lost with it. The same applies here as in the working world in general: Focus, focus, focus! I miss that sometimes.

Of course, not everything is perfect. But we have to acknowledge that when you look back, we have achieved a lot. Structurally, too. In the legal framework alone, for example parental benefits, childcare, and all-day schooling, there have been enormous improvements. The mindset, on the other hand, is surprisingly old-fashioned. How often am I asked by women whether I work full-time or part-time? What kind of question is that? I suggest you pick up a broom and clean your own house first instead of always blaming men or the system for your failings. Your own failings? Yes!

It is helpful to take a closer look at a study conducted by Ernst & Young in December 2020. In a survey with more than 2,000 students, 34 percent of female students said an entry-level job in the public sector would be particularly attractive to them. Young female academics are seriously dreaming of a career in the public sector. In comparison, among men this figure is only 19 percent, with the IT/software sector making the top of the list at 30 percent. The true extent of female despondency is topped by another figure. There is hardly any difference between the sexes when it comes to evaluating the industries that are seen as having the greatest prospects. Both men and women put the IT and software sector first. The bottom line is that women know that they can reach for the stars but don’t draw the appropriate conclusions from this. According to the motto: No thanks, second best is good enough for me. Where does this cognitive dissonance come from?

You might assume it has to do with striving for security, which women are often said to want. Although here, too, contradictions arise; Interestingly, they only care half-heartedly about their salary, let alone investments or retirement planning, which don’t appear on their bucket lists and are put on the back burner with an: "I'll take care of that sometime.” Having autonomy over one's own finances would be more risk-averse behavior. In addition, women then choose the wrong career paths. What could be a better investment in the future than a job with good prospects? Females prefer to stay in the supposed security of a job in the public sector and make themselves at home in their comfort zone instead of getting more involved, shaping change, and focusing their talents on where they are urgently needed—in the creation of innovations and algorithms that control our lives and sometimes even our survival. For example, in medicine addressing the question of the dosage of active ingredients or the design of crash test dummies. Caroline Criado-Perez has documented all these examples wonderfully in her book Invisible Women.

Where does this imbalance come from? This confidence gap that women struggle with even though, according to everything known about performance and abilities, they are fundamentally no worse-off than men? An American study shows that in science, it's mainly the super-talented women who make it to the top; Those with average talent don't even apply (in contrast, men with similar experience are not deterred). This means that women lack normal, tangible role models. This truth is something worth looking into. However, women are the only ones that can do that for themselves.

There’s something else we should urgently rethink too: our vocabulary. Take the ambiguity of the word digitization. It sounds cool and seems to be replacing the "something to do with media" skill of the nineties put on your resume to show-off. Teresa Stiens recently wrote a very apt commentary on this in the Handelsblatt newspaper. "Digitization is not sexy, it's hard work," she said.  She speaks from the heart because what is digitization really about? Expertise in math, statistics, and computer science. Deep, unwavering, uncorruptible expertise. Less bling-bling and more bits and bytes, and, in the future, probably also quantum computing. This should suit women with their diligence and discipline, coupled with their talents and endurance. All they have to do now is to find the courage to take inspiration from the Olympic triple jumpers: higher, faster, farther, and, ta-dah, big paychecks, new shores, full troughs, or whatever other imagery you tie to real success. It's a great motto for real female champions. 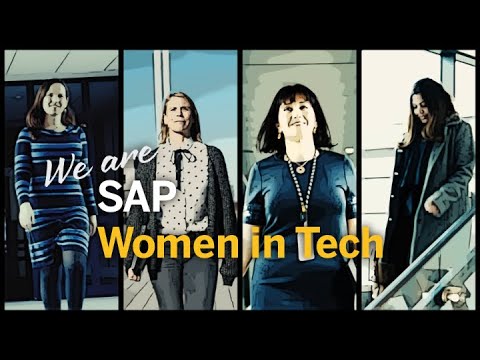 Why we need Women in Tech 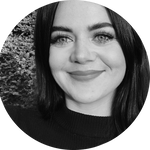 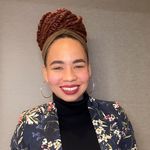